Gram negative bacteria can cause a number of disease conditions including urinary tract infections, food-borne infections, typhoid fever and sepsis. Many of these bacteria can be detected by culture. However this method is labor intensive and slow. Rapid diagnosis is crucial for correctly treating these infections quickly.

ViroStat has just released a pair of Monoclonal Antibodies that detect the LPS common to many of these bacteria including E. coli, Salmonellae and Shigella among others. These antibodies are useful tools for rapid, non-culture based immunoassays including ELISA and lateral flow to directly detect these bacteria. 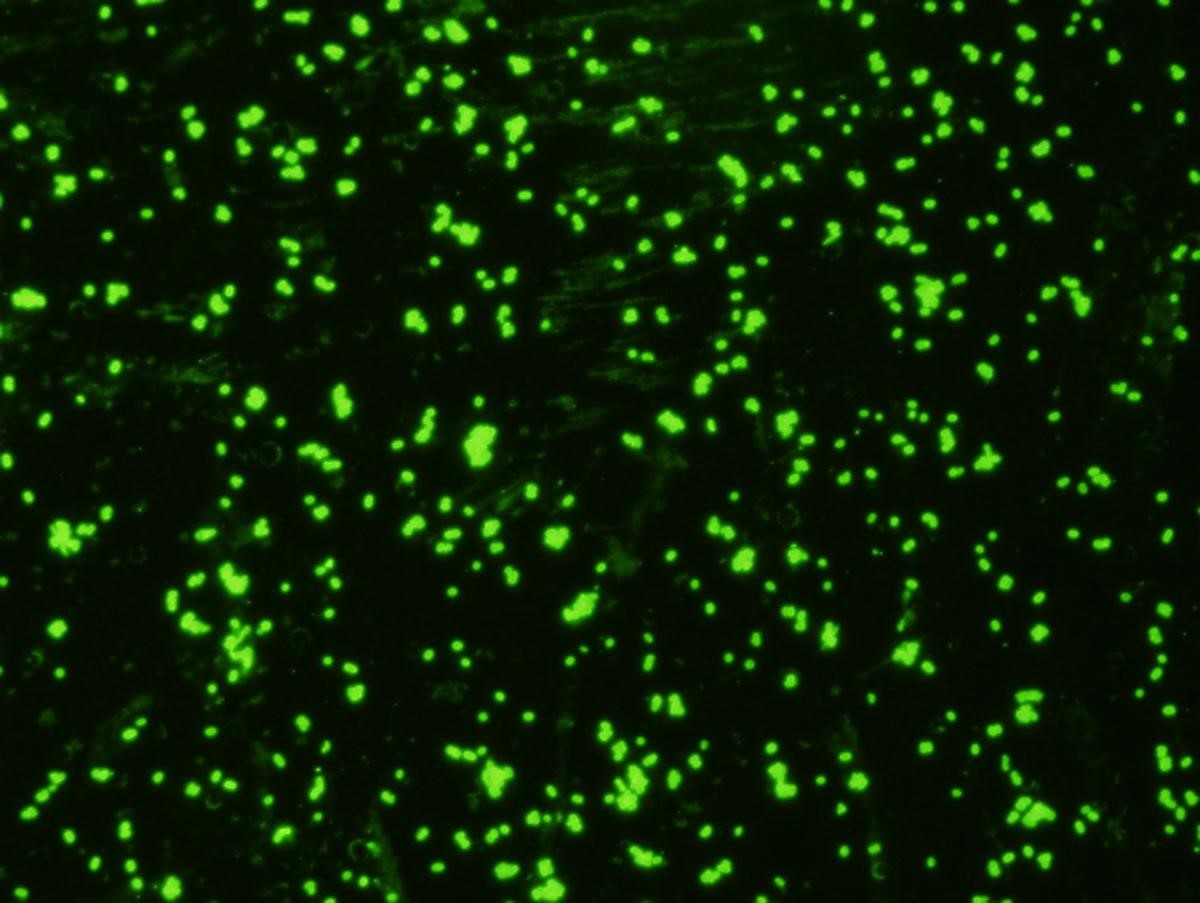 There are a number of Infectious Diseases of humans that result in specific antigens being excreted into the urine during infection. Often these antigens are glycans/carbohydrates originating from bacterial/fungal LPS or cell wall polysaccharides.

Urine is an ideal specimen, as it is taken non-invasively in contrast to blood or tissue biopsy.

Examples of these infections include:

ViroStat offers Rabbit Monoclonal antibodies to the specific antigens of all of these Infectious disease agents. They function as detection pairs, or self-pair, for antigen detection assays. All are available for use as raw materials in IVD devices.

Leptospira are spiral shaped bacteria several of which are pathogenic causing the infection Leptospirosis. Animals including dogs and rodents can transmit infection to humans, usually through contact with infected urine. The Leptospira enter the blood stream and can lead to kidney failure or pulmonary bleeding. Recommended treatment is doxycycline.

Pathogenic Leptospira include species such as L. interrogans and L. kirschneri can be differentiated from non-pathogenic species by several markers. Chief among these markers are several outer membrane lipoproteins.

ViroStat has just released a set of new Monoclonal Antibodies to the lipoprotein, LipL41. This is an abundant surface lipoprotein found on pathogenic species of Leptospira. These new antibodies form pairs to detect this marker via ELISA. Thus they have the potential to serve in additional immunoassay detection applications. 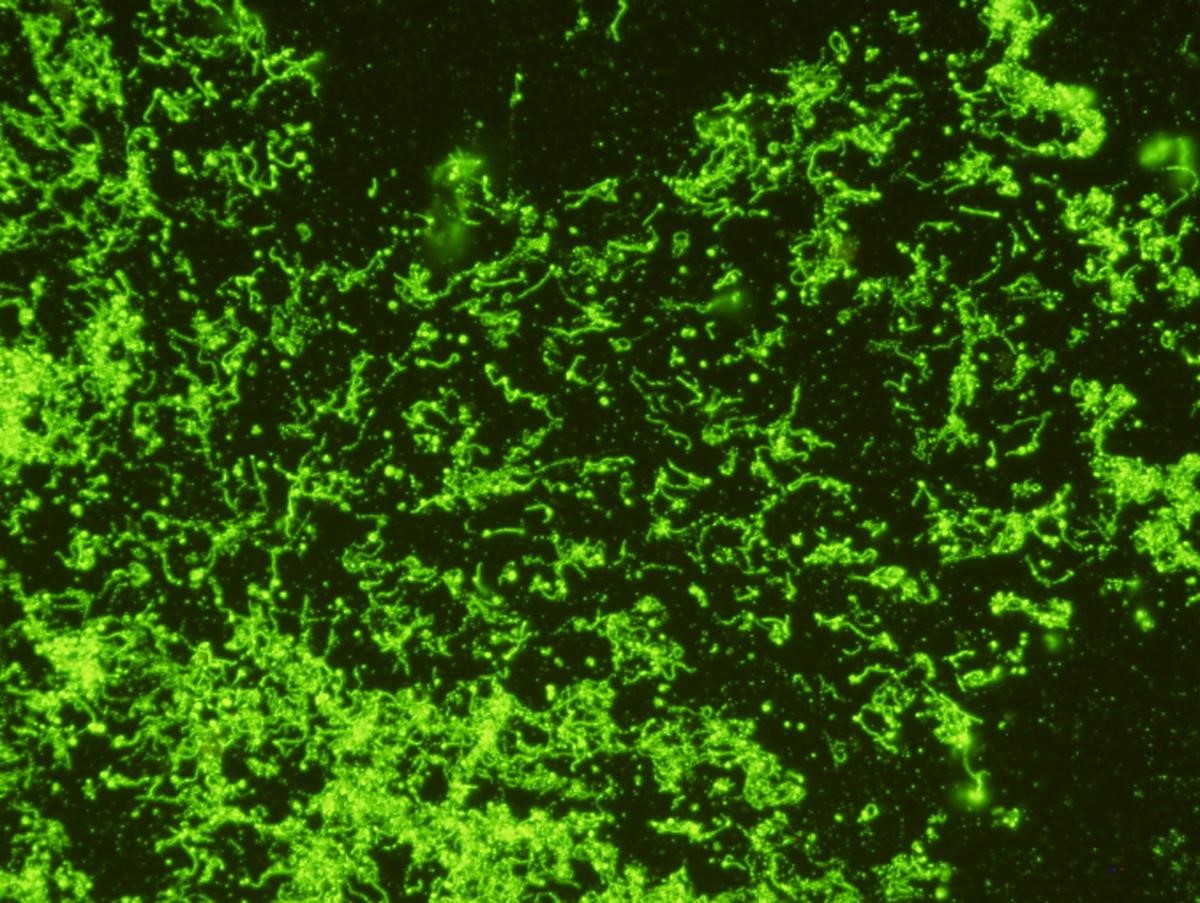 Cryptosporidium parvum is a major worldwide cause of gastrointestinal diarrheal disease. This is due in great part to the environmental resilience of its infectious Oocyst stage. These cysts are resistant to the usual levels of chloride used to disinfect swimming pools and treated wastewater. They are also resistant to freezing and changes in pH. Infection occurs via the fecal-oral route when the cysts are ingested. During infection large quantities of new cysts are shed in the feces.

ViroStat has just released two new Rabbit Monoclonal Antibodies that are reactive with Oocysts of Cryptosporidium parvum. These MabyRabs™ are specific to a cell wall glyco-antigen of the cyst. They form a pair to detect low levels of cysts by ELISA. They also stain the cysts by immunofluorescence and have potential in other immunoassay detection methods.

This virus is related to the viruses that cause measles and mumps and is extremely contagious via aerosols and body fluids. Especially vulnerable are puppies and non-vaccinated adults.

ViroStat has released a new set of Monoclonal Antibodies specific to the nucleocapsid of this virus. Select antibody pairs can be used for the detection of this virus by immunoassay methods including IFA and ELISA. 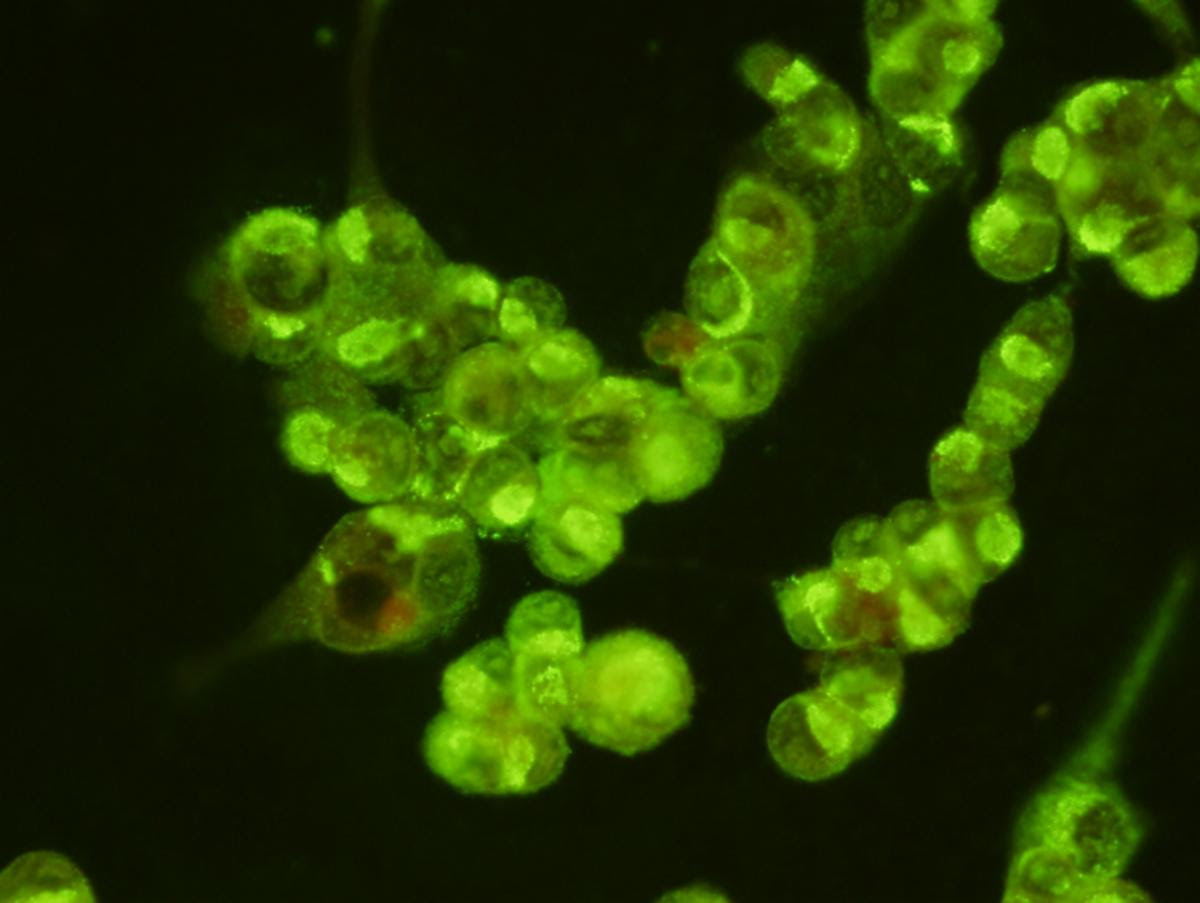 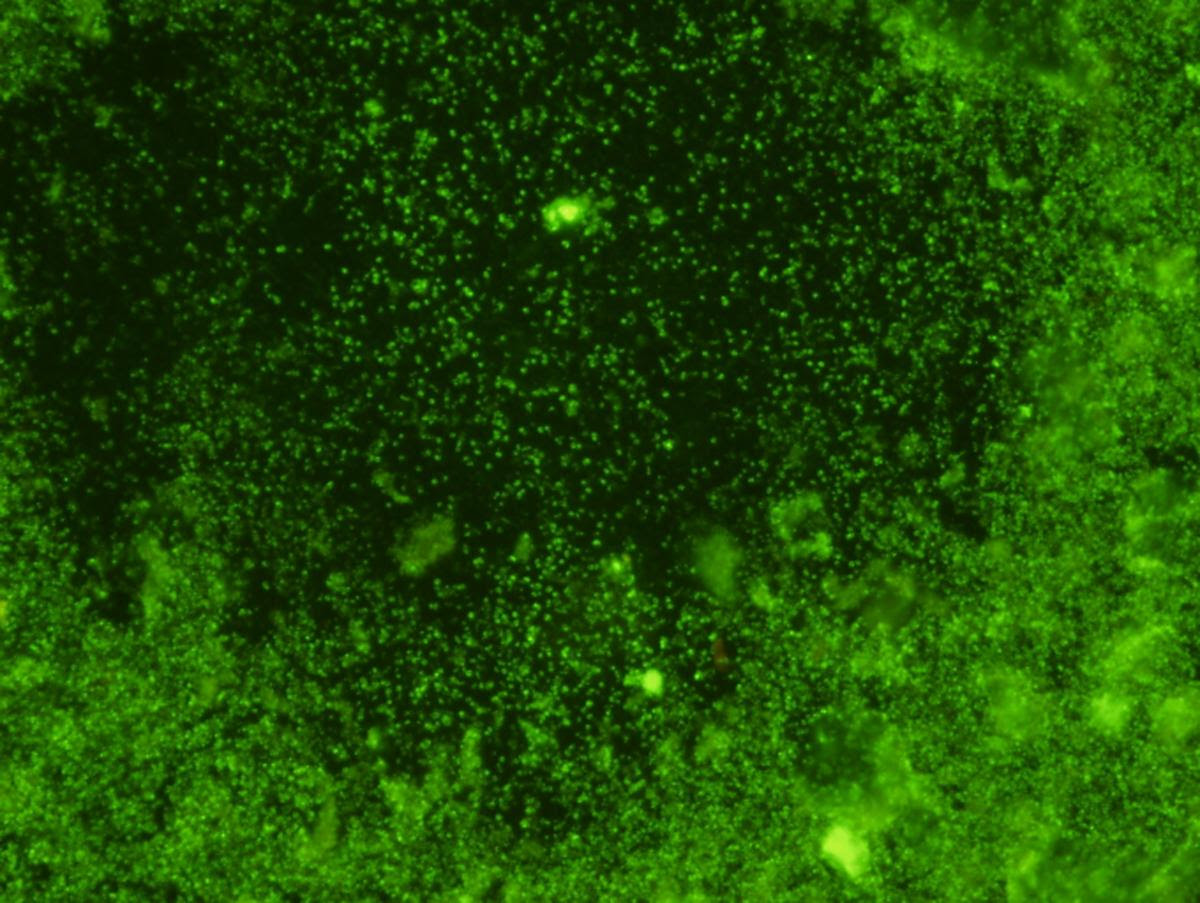 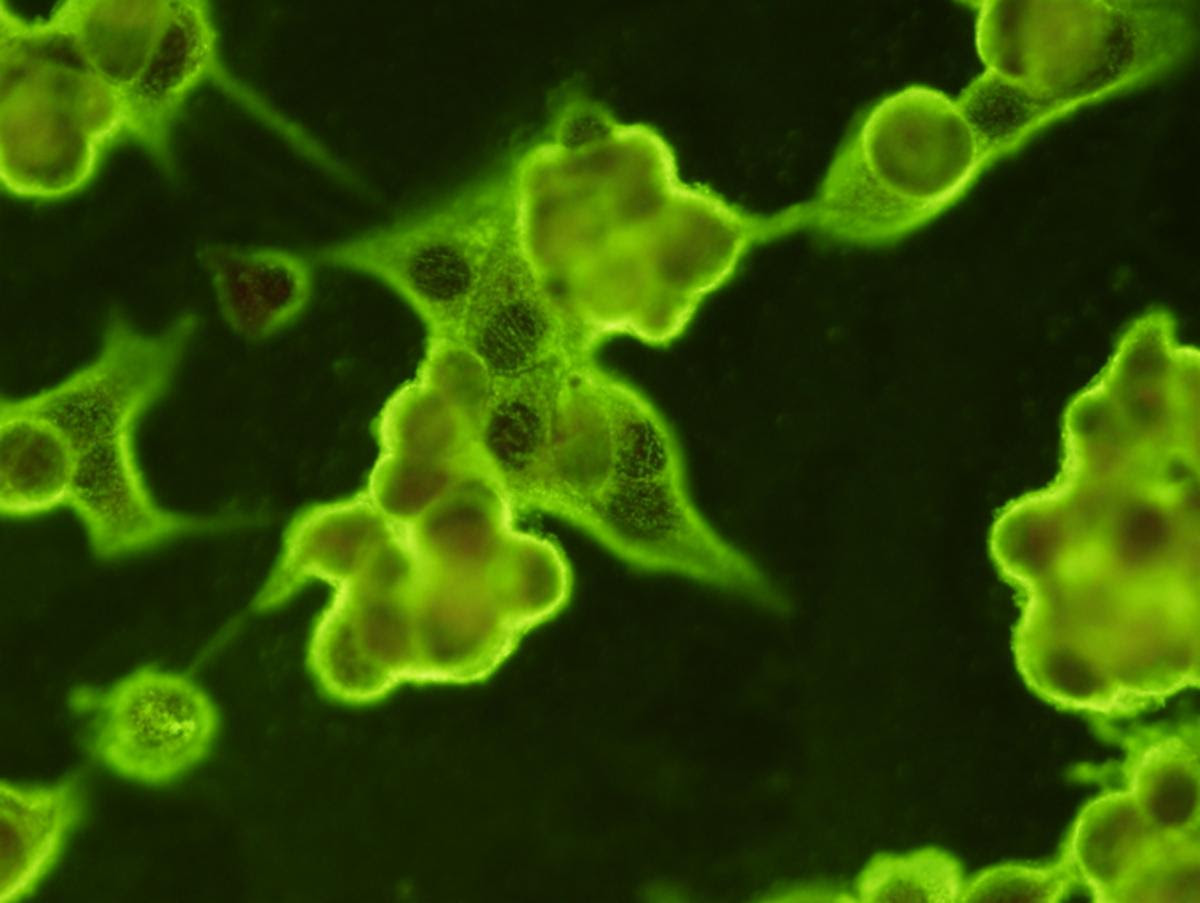